STAY IN THE KNOW!

Fill out this form to make sure you get FREE email updates when we publish new content.

Want to bring mock trial to your school?

Fill out the form below to get FREE instant access to my mock trial implementation guide.
You'll also receive updates from me.

You’ve probably heard that public speaking is feared even more than death.

Public speaking is unavoidable in mock trial, and you should be proud of yourself for tackling it, instead of fearing it like most people do!

If you’re nervous about speaking in front of strangers (including a real judge!) in an open courtroom, these 13 tips will help you find your voice and speak confidently in a public setting. The 13 tips really boil down to these three basic ones:

Note: Throughout this article, I use the words “presentation” and “speech” to describe anything a mock trial participant might say. This may mean a pretrial argument, opening statement, arguments about an evidentiary objection, witness testimony, or a bailiff swearing in witnesses.

Don’t let your audience get lost as they listen to you. Start by giving them an outline of the main idea of your speech. As you reveal the details, they will be able to follow along and see how those details fit in your story.

The Court should deny the defendant’s motion for three reasons: (1) Mr. Malfoy consented to the search of his apartment; (2) the drugs were in Officer Filch’s plain view on the coffee table in the living room of the apartment; and (3) Mr. Malfoy’s confession was properly obtained.

As you make your argument, the audience knows to listen for support for those three points. And they’ll be able to follow along with you because they’ll know the order in which you’ll talk about these point.

You should also use transitions to help your audience follow along. Let them know when you’re done talking about one point and about to move on to the next. A transition can be as simple as “Moving on to … [issue you’re about to discuss]…”

2. Use Your Own Words

Most people write their speech and then try to memorize it. I recommend doing the opposite: you say your speech – don’t write it. This way, you’ll use words you actually speak, not the words you write. 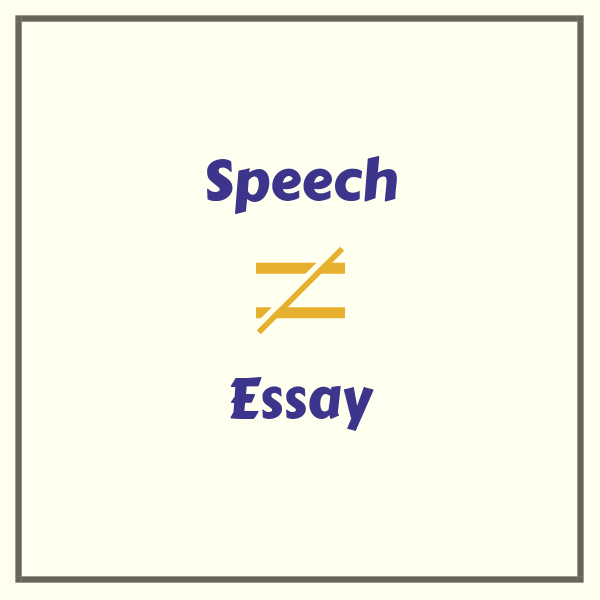 Using your outline as a guide, verbally explain your points. Make an audio recording of yourself as you do that. Don’t freak out about recording. You’ll be the only person to listen to it, so don’t worry about being perfect. Don’t worry if you say “um” or “like”, or have trouble coming up with the right words.

After you’ve recorded, listen to it and type out what you said. Leave out the “um”s and the parts where you couldn’t articulate what you wanted to say. You will then have a good chunk of your speech complete!  You could also break up your speech into pieces and do this exercise, one piece at a time.

Witnesses should also say their speech, instead of writing it out first. This helps witnesses answer questions in character, instead of just reciting passages from the case packet.

3. Use the Right Tone

Be respectful and somewhat formal. But still be yourself. 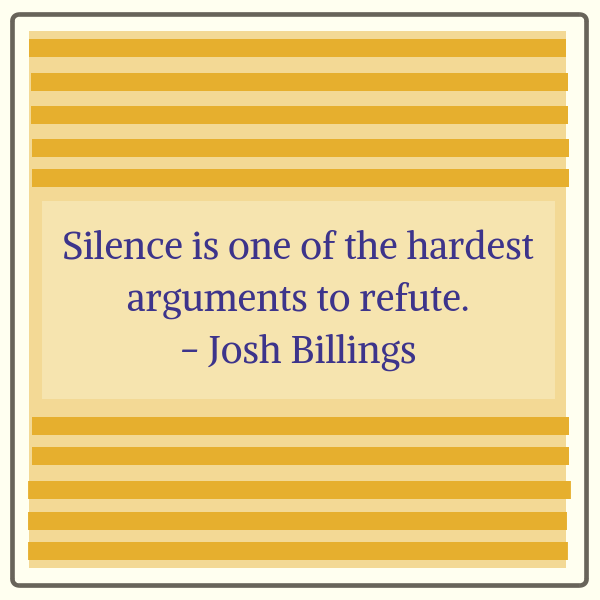 Avoid saying “like”, “um”, etc., but don’t try so hard that you end up sounding awkward.

Don’t be afraid of a pause. Instead of using a filler (e.g., “um”), just stay quiet and skip that filler. This takes practice.

If you need some time to gather your thoughts before answering a question or responding to an objection, take a moment. I promise you that the silence is not as long as it feels in your head.

Which brings me to my next point.

I’ve seen so many students deliver their speech so quickly that they literally turn red because they haven’t given themselves a chance to breathe!  Don’t do that! Breathing is kind of important 😉

Also, if you speak too quickly, it’s hard for your audience to keep up with you. Slow down so that they can digest the points you’re making.

When you pause, the last thing you said has a chance to “sink in” with your audience. Consider incorporating pauses strategically to emphasize important points.

Get Your Brain In Sync With Your Voice

I ran across a YouTube clip about speaking in phrases instead of sentences to coordinate your brain and your voice. When you’re talking about complex issues, it takes some time to formulate a thought before you can say it out loud. Speaking in short phrases, rather than full sentences, gives your brain time to catch up with the words as you speak.

Check out the technique here.

6. Speak Loudly and Project Your Voice

Speaking in a large courtroom is very different from speaking in a classroom or in hour home. The space is much larger, and you need your voice to fill that space.

You also want everyone in the courtroom to hear you, no matter how far away they are from you, and whether or not you are facing them.

Practice speaking up and projecting your voice. You might feel like you’re yelling, but it will sound just right in a courtroom.

7. Be Mindful of Your Body Language

If you haven’t already seen it, check out Amy Cuddy’s TED Talk on Power Poses.

Consider body language and actions, such as:

What body language might work well for the mock trial role you have?  For example, a victim might not want to assume a power pose, but an attorney might want to when making a closing argument.

8. Watch and Learn from Others

Make it a regular practice to observe others in public speaking situations.

As you watch and listen to others speak, consider:

Take a video of yourself giving your speech. And then watch that video.

Yes, you will feel awkward doing it. I’ve done this, and it was uncomfortable, but not nearly as bad as I had imagined. More importantly, I learned so much about my public speaking habits.

Please give this a try. I promise it is the single most impactful thing you can do to improve your public speaking.

As you watch, consider the same things you consider when you watch others. Look at your body language; listen to your voice. Is it easy for your audience to follow what you are saying, or do they have to really concentrate and focus?

Practice A LOT. Your goal is to be able to give your speech anytime, anywhere.

The more you practice, the less nervous you will be.

Practice everywhere. Practice as you blow dry your hair. (A good place to start, since even you won’t be able to hear yourself.)  In the car on your way to school. In a crowded coffee shop. In front of the bathroom mirror.

After you’ve had a few practice runs on your own, practice in front of people: family members, friends, teachers.

Listen to their feedback. If there’s something don’t understand, or if they have trouble following your points, you need to clarify your speech. Anyone past the eighth grade should be able to follow along with what you’re saying, whether or not they’re in mock trial.

If you get comments that are more stylistic, consider them, but don’t feel obligated to incorporate every suggestion. That can quickly become overwhelming, and you might even get conflicting feedback. — During a law school argument, I was told that I smiled too much. But another judge on the same panel, who had watched the exact same delivery of the argument, told me I seemed unapproachable and should smile more. Go figure!  — When it comes to your style, you are the best person to make decisions.

Decide now what you’ll do if you draw a blank. If you know what to do in the worst possible scenario, you don’t have to fear it, and you can focus on delivering your best speech possible.

I call this a Stay Cool Plan. Here’s what I suggest: Remind yourself it’s no big deal. Just pause. Take a deep breath. Stand straight and assume an “open” body position. Think. If you’re still stuck, take a sip of water. Then think some more. If you’re still lost, just move on to the next thing you doremember.

You can even admit you are lost. But don’t look like panicked and say “uhh…I forgot what comes next!”  Be graceful about it. For example: “I’ve lost my train of thought, but will return to it as soon as it comes to me. In the meantime, I’ll move on to discussing…” If the part you forgot comes back to you later, you can say something like “I’ve recalled a point I intended to make earlier. Returning to the topic of ….”

Just like you have fire drills at school, you should practice your Stay Cool Plan. That way, if you have to use it, you’ll know exactly what to do.

If a judge asks you a question that you can’t answer, you can’t just ignore the question and move on to the next topic.

Follow your Stay Cool Plan and do your best to provide an answer. If you truly are stuck and cannot give any kind of answer, just admit it. Say something like “Your Honor, I don’t have an answer for that, but …”, then make (or reiterate) a strong argument for your position.

Admitting you’re stuck is far better than fumbling your way around it, and it can give you a lot of credibility. But, you don’t want to say “I don’t have an answer for that, Your Honor” after every question the judge asks you. This is a last resort!

Although attorneys should never speak to opposing counsel directly during a trial, they may refer to opposing counsel. Try to catch their names when they make their appearances. Then refer to them by name, for example, “Ms. Granger” or “Mr. Weasley” (not “Hermione” or “Ron”).

You could also call them “counsel” or “the defense” or “the prosecution.”

Calling them “opposing counsel” isn’t very professional. It’s generally not how lawyers refer to one another, so it’s a bit awkward when it’s heard during mock trial.

I hope these 13 tips help you feel more comfortable speaking in a public setting. We’ve covered a lot of ground here, but remember, it all boils down to:

Please let me know if you have questions or comments. I’d love to hear from you!

STAY IN THE KNOW!

Fill out this form to make sure you get FREE email updates when we publish new content.